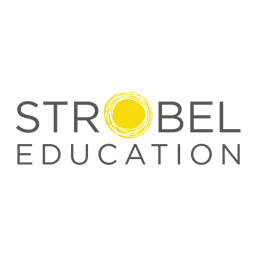 How to Find the Right Approach for Your Classroom

And more and more often, we are being asked to answer the question, “Which is the right choice?” While we can’t definitively say one is better than the other, we can help you decide which approach works better for your classroom.

In the traditional discipline model, expectations for behavior are established early on. When students violate those expectations, they are punished. The expectation is that, in the future, students will not misbehave because they want to avoid being punished again.

You’ll often see a twist on traditional discipline that involves the inclusion of rewards for positive behaviors. When a student is observed doing the right thing, we provide an extrinsic reward as a way to motivate other students to do the right thing, too. This doesn’t need to be a huge reward—for younger children, it’s often a sticker or some kind of small award for good behavior.

This type of discipline can be painted as being part of a culture of high expectations. For most of us in education, this is the discipline of our own educational experiences—the one we were taught, and perhaps even the discipline we experienced in our own homes.

If traditional discipline falls at one end of the spectrum, then trauma-informed discipline lives all the way at the other end.

Proponents of trauma-informed discipline (or “brain-aligned discipline” as Dr. Lori Desautels of Butler University call it) assert that all of our discipline practices should reflect what we know about human development and brain science. They believe we should have an understanding of the human brain and how we all process information through the amygdala. Children with traumatic backgrounds tend to spend most of their time operating from the amygdala, or “basement of the brain,” where cause and effect thinking cannot happen.

Children operating from the amygdala have a hijacked brain. They are not making choices in that moment, rather, they are reacting from their fight or flight reptilian brain. The response to a child in this state is co-regulation, which helps the child’s brain calm enough so the thinking part of the brain can come back online.

There is neuroscience to support this approach, and the process of co-regulation is fairly simple to learn. If a child misbehaves while dysregulated, the response would be co-regulation, followed by a conversation about what happened, and finally creating a plan for how to manage these emotions in the future.

The misbehavior might even necessitate a restorative conversation or restorative circle to heal the relationships among those involved. Discipline in this model is something that children build within themselves. Trauma-responsive discipline practices can be painted as part of a supportive school culture aimed at educating the whole child, including their emotional capacity.

So … What’s the Right Answer?

As education consultants, we have worked with schools operating at both ends of this spectrum. And every school feels passionately that theirs is the right approach.

Traditionalists argue that they are teaching kids about real-life consequences, and that this is part of getting them ready to be successful once they’re out of the classroom. Trauma-informed practitioners assert that the point of discipline is to teach children how to manage themselves and that external consequences do not teach kids skills they may be lacking.

When considering these opposing views, we are reminded of Richard DuFour, a leader in the Professional Learning Community (PLC) model widely used in schools. DuFour used to talk about this idea of dichotomous thinking and suggested that rather than either/or, we should be thinking both/and.

What if there are parts of both approaches that could be brought together?

Jim Sporleder, the author of The Trauma-Informed School: A Step-by-Step Implementation Guide for Administrators and School Personnel believes that such a balance is possible and actually necessary to successfully implement a discipline strategy that works in a school setting. He was featured in the documentary Paper Tigers, which showed how he created a trauma-informed discipline process within his alternative high school in Washington state.

How the Balance Can Work

Freddie is a first grade student at a public school, and he has experienced serious trauma in his life which causes him to have behavioral issues in the classroom on a consistent basis. The behavior specialist works with Freddie, the teacher has a reset/regulate area established in the classroom so that he can try to regulate when he feels out of sync, and he is seen regularly by the school social worker.

However, Freddie continues to struggle. Today, he was triggered by an argument with another student, and in his anger, he threw his chair, overturned his desk, and ran from the room.

The traditional disciplinary response (once we caught Freddie) would be to get him to the office, which may require a CPI strategy, then call his parents and send him home. Instead, Sporleder suggests an alternative response:

We are not doing that because we think the consequence is teaching Freddie anything—the restorative conversation and co-regulation is what is teaching him. We are not sending Freddie back to class because the other children in the room and the teacher need time and space. They deserve to feel safe, too. The other children and the teacher were not present when Freddie was co-regulating, and they did not get to hear the restorative conversation and how Freddie took ownership of his actions and truly was sorry.

The above example with Freddie is an example of both traditional and trauma-informed discipline working together. Ultimately, Freddie was suspended from class for a day (which is a traditional response), but it was done in the context of teaching regulation. It was not done out of anger, and the focus was on healing relationships and teaching a lacking skill.

Additionally, the other children in the classroom will understand that what Freddie did was not right, but they also allow him the space for healing. They learn that life is not easy for everyone. They learn compassion. When they watch someone learn to manage their behaviors—a slow process for a traumatized child—within the context of trauma-responsive practices.

So there you have it, teacher-friends… this debate doesn’t end with one side being “right.” It’s not one or the other—it’s both!

And what can we take away from this? We need to stop throwing things at each other from across the room; stuck in our corners and digging into our own thinking. Let’s find the common ground and work together.

Kids today certainly aren’t getting any easier to reach, but it’s still our calling to reach them. We wish you well as you dig into this important, life-changing work!

WANT TO LEARN MORE? Strobel Ed’s Trauma-Informed Schools workshop is showing teachers how to reach and teach even their most challenging students. You’ll learn how to unlock the potential that exists within every student and develop and instructional approach that recognizes and works past the stresses, traumas, and self-imposed mentalities and behaviors that can limit learning and achievement.

Subscribe to our newsletter to keep up with the latest trends!